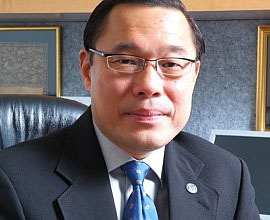 Professor Lee Chuen Neng is the founder of the Department of Cardiac, Thoracic & Vascular Surgery, a Professor at the National University of Singapore (NUS) and was appointed as the Director of The Heart Institute, National Healthcare Group (NHG). He had held various appointments including President of the Cardiac Society on three occasions, President of the International Chinese Heart Health Network, Council member of the Asian Federation of Cardiology, Vice Chairman of the Singapore Heart Association. He was the Chairman of the Specialist Training Committee for Cardiothoracic Surgery and a Founding Executive Council Member of the Asian Society for Cardiovascular Surgery since 1993, becoming the President of the Asian Society for Cardiovascular & Thoracic Surgery (ASCVTS) in 2009.

He is an elected fellow of:

He is a Founding Editor of the Asian Cardiovascular and Thoracic Annals and currently served on the Reviewer Board.

He is an Examiner to the MMed Surgery (Singapore), FRCS (Edinburgh), Hong Kong College of Surgeons and Bangladesh College of Physicians and Surgeons, Pakistan College of Surgeons and Physicians. He was also a Visiting Professor to the Beijing Medical University. He has 61 publications in international as well as regional journals. He was appointed as Head of Department of Surgery, Yong Loo Lin School of Medicine, NUS on 1 October 2005 and Chair of University Surgical Cluster, National University Health System for 2008.

His special interest is in coronary artery and valve surgery.

Specializes in Diseases and Conditions: